A group of Nordic nations kicked off a campaign Oct. 19 for a global treaty to regulate plastics, comparing it to efforts to build international agreements around climate change, biodiversity and toxic chemicals.

Envisioning a sort of Paris climate accord for plastics, the eight-member Nordic Council argue in a new report that current national and international efforts can't handle the growth in plastic production and they see a new global treaty setting targets for plastics sustainability around the world.

"Right now, we are witnessing a dramatic surge in plastic pollution.," said Lea Wermerlin, Denmark's environment minister. "With global population levels rising and consumption patterns changing, current estimates show that production levels of plastic will double by 2040… The frameworks at hand are not sufficient to deal with our current problems with plastic pollution."

While the Nordic Council represents only a small part of the globe, the idea of a worldwide treaty has support from more than 100 countries, according to Sveinung Rotevatn, Norway's minister of climate and environment, in an online briefing to announce the Nordic effort. 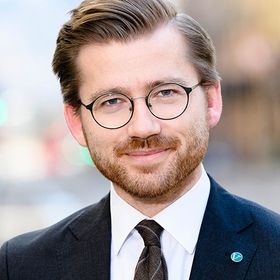 "We see a mounting support from all corners of the world towards the [goal] of negotiating a global agreement," Rotevatn said. "Last year alone, the Nordic countries, the Caribbean countries, the Pacific Islands, the [European Union], and the African groups representing over 110 countries all issued public statements in support of exploring the global agreement."

He is also chair of the next session of the United Nations Environment Assembly, currently scheduled for February in Kenya. Advocates for the treaty are pushing for negotiations to start in earnest at that gathering.

Other efforts to push global or regional frameworks around plastics have sometimes met skepticism.

The United States, for example, at the last UNEA meeting in 2019 argued against what it said were overly prescriptive proposals around single-use plastics and microplastics.

The U.S. said at the time that efforts should focus on waste management in Asian countries identified as the biggest sources of plastics in the oceans, and that it was worried about unintended consequences of targeting plastics.

As well, both Japan and the U.S. opposed a G7 plan in 2018 to set up a plastics charter for that bloc of seven industrialized nations, although at the 2019 UNEA meeting Japan argued more for a treaty.

Advocates for a global treaty see it as providing a framework and targets.

The council's report, titled "Possible Elements of a New Global Agreement to Prevent Plastic Pollution," calls for setting global standards around plastic sustainability that are further detailed at national levels.

It is not seen as a way to fund cleanup of waste around the world, said Karen Raubenheimer, an author of the Nordic report and a lecturer at the Australian National Centre for Ocean Resources and Security at the University of Wollongong.

"The proposed agreement does not intend to fund national waste management," she said. "Instead, countries will receive financial assistance through the agreement to conduct the necessary research, including socio-economic studies, and to develop the national plastic sustainability standards and national plastics management plans."

Wermerlin, the Danish minister, suggested that plastics pacts being developed by industry, governments and civil society groups around the world could have their goals incorporated into the treaty or national plans.

She said that could lead to better product design and fewer types of plastics in use.

At least half a dozen nations have enacted plastic pacts. More than 60 companies and groups in August announced the U.S. Plastic Pact, which calls for a 50 percent recycling rate for plastic packaging as well as substantial increases in recycled content.

Norway's Rotevatn said close cooperation between industry and governments will be key for any global treaty.

"We need to cooperate very, very tightly with industrial partners," he said. "A very important building block in an international agreement would be various criteria to apply to plastic products so that they can be recycled. We see that one of the major hurdles today to actually recycle more plastic is that you don't really have any standards or suitable criteria globally to make sure that it's possible."

While it's not clear if there would be enough of a global consensus around a treaty, advocates note the countries moved relatively quickly on negotiations to add scrap plastics to the Basel Convention last year, a decision that brought big changes to global trade in plastics for recycling.

"I think that we basically don't have much time. It's the same for climate change, it's the same for biodiversity loss and it is same for plastics," said Guðmundur Ingi Guðbrandsson, Iceland's minister for the environment and natural resources. "The most important task ahead of us now is the political and diplomatic discussions that need to be taken to ensure a global agreement to reduce plastic pollution."