The capsule was the result of a two-year joint development process in partnership with NatureWorks to create a product with the requisite material ageing stability and oxygen barrier, as well as being able to be industrially composted at the end of life.

Since the initial introduction, different versions have been developed to be compatible with other brewing systems as well.

Gea is entirely composed of Ingeo PLA, a renewably sourced polymer that is certified for industrial composting systems according to global standards such as EN-13432 (EU) and ASTM D6400-04 (USA).

To establish the compostability of the GEA coffee capsules themselves, NatureWorks, Flo, and the Italian Composting and Biogas Association undertook to conduct a composting field trial with the capsules in an industrial composting facility over an 83-day time period.

The bags were filled with a mixture of 2/3 shredded green-waste and 1/3 compost, adding up to 1% by weight of the biopolymer to be tested. The capsules 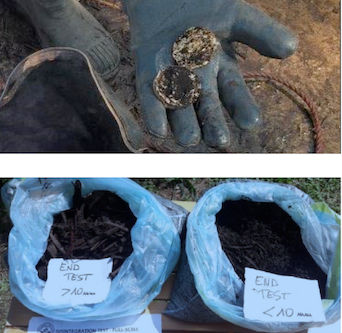 After a total of 83 days, all bags were removed, emptied, and the contents were manually sorted to detect visible, non-degraded coffee capsules.

The final results revealed that both the unused and brewed capsules showed a disintegration rate between 98 - 100%, which is fully compliant with the EU standard EN13432 for compostable biopolymers.